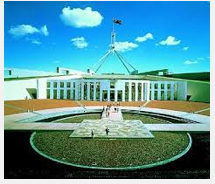 Deaths due to medical mistakes are a national disaster!

In June 1995 the Quality in Australian Health Care Study (QAHCS) warned the federal government that thousands of patients had died from their medical treatment and not their illness.

Background:  The QAHC Study was the first major attempt in Australia to estimate the proportion of hospital admissions associated with an adverse event.  It remains the most comprehensive snapshot of the safety of health care in Australia.  Medical records for 14,000 admissions in 1992 from 28 public and private hospitals in New South Wales and South Australia were examined (Wilson, Runciman et al. 1995).  Nurses screened records to identify those with criteria previously shown to be associated with the possibility of an injury caused by health care.  Those records that screened positive were then reviewed by physicians to determine whether an adverse event had occurred.

In September 1995 the Taskforce on Quality in Australian Health Care not only reinforced the Study’s figures but revised them upwards to 18,000 deaths.

In June 1995 the QAHC Study warned the Feds that thousands of patients had died from their medical treatment and not their illness.

In September 1995 the Taskforce on Quality in Australian Health Care not only reinforced the Study’s figures, but revised them upwards to 18,000 deaths.

In November 1995 the Final Report of the Professional Indemnity Review made 169 recommendations. Nothing was done.

In June 1996 the Final Report of the Taskforce on Quality in Australian Health Care made 56 recommendations. Seemingly nothing was done.

In August 1999, at the Australian Health Ministers’ Conference, all Ministers of Health agreed to establish the Australian Council for Safety and Quality in Health Care (ACSQHC) to facilitate and coordinate national action in safety and quality.

In January 2000 the ACSQHC is formed and sets about to rehash what has already been done and recommended, spending $90m-plus in the process.

In December 2000 Medical Error Action Group produced “Medical Adverse Events and Families”, which apart from commonsense solutions outlined the scope of tormented families and a system so ruthless in silencing families of trusting patients who either ended up dead or harmed, health-o-crats went on to announce in February 2002 that ‘very little is known about the patient’s experience of adverse events’!

In May 2002 Medical Error Action Group produced “A Rescue Package for Patients and Doctors Hospitals and Government to Avoid Litigation”. Did they act? No.

Health departments, health complaints commissions and medical boards, full of people with highfalutin degrees and gongs, have proved to be dud watchdogs. And how! They fail to bark to protect the public but sure start barking and growling when their failures are brought to their attention. Evidence of their failures is monumental. The patient death toll is their evidence. Take a look through our website for cases in point.

Federal health forks out the funding but cannot even get hospitals to adhere to the 3 core Medicare funding principles of ‘transparency, probity and accountability’.

MEAG VIEWPOINT:  If “the Feds” (Australia’s health department) do not and will not hold hospitals to account for these breaches, then what happened to public servants’ culpability? 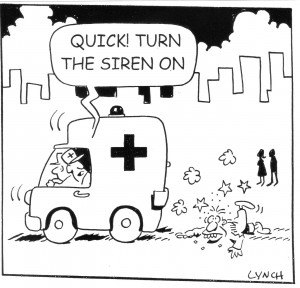 When families start asking a few questions, with accountability in mind, health-o-crats go to work at what they are best at: AGGRAVATION and BULLYING and never let up.  Respect for patients dead or alive does not enter their thinking.

Sneaky and pathological “lazy-bones” most of the time, they find untold energy and resources to grind you down when it comes to them being challenged to provide answers.  Too bad you’re at your most vulnerable. These are our nasty public servants at work serving themselves and their political masters.  Health bullies fight you to the bitter end in a THEM -v- US battle.

When patients and bereaved families are justifiably outraged at health-o-crat complicity in criminal cover-ups, then to whom are those health-o-crats accountable to? 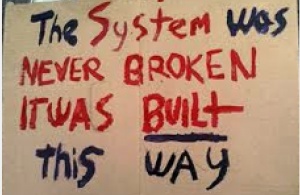