How we exposed the “Butcher of Baulkham Hills and Bega” AND got results!

“How is it that one small action group, with no resources, can expose the facts and the people involved; yet governments, with all the resources and expertise at their disposal, seemingly cannot?”

Out of desperation to get something done about criminal obstetrician and gynaecologist, Dr Graeme Stephen REEVES, after years of being ignored by the New South Wales Department of Health, Lorraine Long approached respected investigative journalist Ross Coulthart, of Channel 9’s Sunday program, in 2007, to have the government’s failings and cover-ups exposed.

“Who watches the doctors?” telecast 17 February 2008 on the Nine Television Network.

It was, astoundingly, ignored by mainstream media until The Sunday Telegraph ran front page “Hundreds betrayed by doctor – NSW specialist who butchered women” on 24 February 2008.

“Questions surround the Butcher of Bega over deaths” telecast 4 May 2008 on the Nine Television Network.

Again in conjunction with The Sunday Telegraph front page “Butcher linked to 15 deaths”.

In September 2008 the doctor was arrested, charged and 6 trials later (so far), sent to jail in July 2011 for a ludicrously inadequate period.  The Judge ended up feeling sorry for him!

In June 2013 Reeves was granted consent to appeal to the High Court, with our Legal Aid tax dollars, of which hearing was heard in October 2013, and its judgment of 18 December 2013 stated that his sentence should not have been increased to November 2014 by the NSW Court of Criminal Appeal, so Reeves was released from custody on 20 December 2013 in time for Christmas.

Further developments shocked his victims.  The NSW Department of Public Prosecutions (DPP) dropped the remaining 61 charges thereby “releasing” Reeves from his crimes.  An extraordinary miscarriage of justice not announced by the NSW Government.  Medical Error Action Group was compelled to put out a press release on 27 December 2013 so the public was aware of the DPP’s secret manoeuvring.

The news that police have finally laid charges against Dr Graeme REEVES will come as a relief to many of his alleged victims.  Now we await the next step in the justice system.

It is a welcome result and the praise must go to Lorraine LONG, who campaigned for justice against the stubborn and shameful refusal of the health authorities to treat these allegations as a crime.

In particular the CEO of the NSW Medical Board, Andrew DIX, should hang his head in shame.  Instead of making a call to police, each of the health authorities that were made aware of the seriousness of the allegations did nothing.

Asked by journalist Ross COULTHART if it was fair to suggest the case was poorly handled, Mr DIX was indignant.

“I think it is unfair.  I think that is coloured by hindsight.   I don’t accept that it was poorly handled at the time,” Mr DIX said.

Asked why he didn’t pick up the phone and check what REEVES was up to in Bega, he said that would be “unworkable”.

“It would be unworkable for the Board to be making a phone call in relation to everybody who is taking up a new job who had conditions imposed on them”, he said.

It was a pathetic excuse then and it is even more pathetic after the events of last week.

Some 832 harmed patients and bereaved families of Reeves’ malpractice came forward as a result of the MEAG’s exposé.  See below:

Hundreds of complaints about Butcher of Bega ignored

SYDNEY:  As many as 200 victims of the ‘Butcher of Bega’ claim serious allegations they made about his alleged malpractice were ignored by the government’s health watchdogs.

The women sought help through the Medical Error Action Group (MEAG) website after stories about Dr Graeme Reeves’ alleged mutilation of female patients were aired on the Sunday program.

They claim appeals to the Health Care Complaints Commission (HCCC), the Medical Board, Area Health Services, the Health Department and local MPs were all ignored.

The shocking claims will be aired in a follow-up report on the Sunday program this weekend.

Some of the nearly 500 individual complaints flooding into the MEAG since Sunday first broke the scandal two weeks ago include allegations that women were sterilised by Reeves without their consent.

Lorraine Long, who heads MEAG, said that some women later discovered their wombs had been removed without their consent.

“Months after seeing Dr Reeves, [one patient] went back to her doctor and said ‘oh, I haven’t had my periods and we want to have another baby’,” she told Sunday.

“So she went to a fertility clinic where they did an ultrasound and told her ‘you don’t have a womb’.”

Ms Long branded the Butcher of Bega scandal as “the worst medical disaster in Australian history”.

She claims many of the complaints she received were ignored by government health watchdogs — even when the victims offered information and evidence.

“More people have said they complained than not: words they are using are that they made a complaint to the HCCC and what a waste of time it was,” Ms Long said.

The HCCC is meant to be NSW’s top health system watchdog but Ms Long accuses it of not doing its job, saying some of its replies to complainants had been “grossly insensitive”.

“In a couple of the emails I received, someone from the Complaints Commission in NSW told the woman to go and have her hair done, she might ‘feel better’ … and she was the one who was sexually mutilated,” she says.

On Wednesday Ms Long met with representatives of the NSW Police Sex Crime squad, who have already begun investigating information provided to them directly by women alleging they were assaulted or mutilated by Reeves.

Sunday was also contacted this week by women who offered police statements and hospital documents.

“The police are clearly taking these allegations very seriously indeed and I am quite confident they are serious about investigating them,” Ms Long said.

She added that in light of the new evidence that so many people had complained previously, the question was why Reeves was never referred to police for investigation before now.

“I just find it absolutely astounding that this has taken so long to get out into the public … someone must know something besides me and they‘ve sat on it,” Ms Long said.

“It’s almost been like there’s been a conspiracy of silence.”

Ms Long said the MEAG first heard of concerns about Reeves as far back as 1996 when he was working at Sydney’s Hornsby Hospital.

That was the year a young woman died after Reeves failed to provide antibiotics to her, although she was clearly suffering an easily treatable post-natal infection.

Subsequent official investigations had found the mother of three died a completely avoidable death because of his negligence.

During its investigations, Sunday spoke to the father of the woman who died: he told how at the subsequent Medical Tribunal hearing into this and other patient deaths and complications, it was made clear to them that at least 14 victims had complained about Reeves.  In light of Reeves’ failures with his daughter, the victim’s father told Sunday he could not understand why Reeves was allowed to continue to practice after his Medical Tribunal hearing in 1998.

Ms Long said that in light of this evidence and the clear theme from many of the new complainants, it was obvious many independent government agencies were alerted and did nothing.

“If my group heard about it then that means the authorities knew about it,” she said… 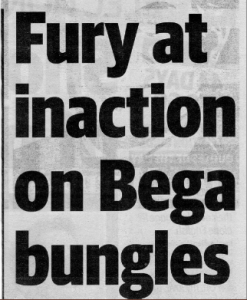 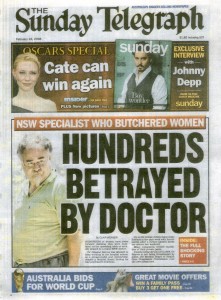 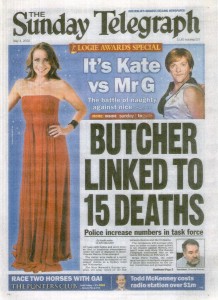