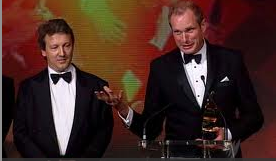 Our story won them 3 Walkleys.

This is investigative journalism at its finest… and a story that made a real difference. 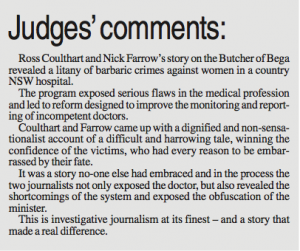 Congratulations to Ross and Nick – a job brilliantly done!

See HOW MEAG EXPOSED THE “BUTCHER OF BAULKHAM HILLS AND BEGA”