LONDON — Victims of the infected blood scandal will receive £100,000 compensation each “as soon as possible”, the UK Government will announce.

An estimated 2,400 people died after being infected with HIV and hepatitis C through contaminated blood products in the 1970s and 1980s in what has been labelled the worst treatment disaster in the history of the NHS.

It follows a long-running inquiry into the tragedy, involving over 2,000 participants who are infected or affected.  Sir Brian LANGSTAFF, the chairman of the inquiry, last month called for compensation to be provided to victims “without delay”.

Victims of infected blood scandal to receive £100,000 compensation ‘as soon as possible’ 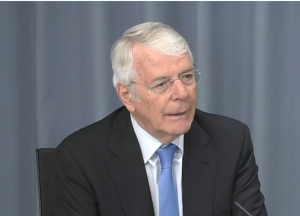 Now Australia, wake up.  If you haven’t been reading epidemiologists’ findings and reports and studying stats, you’ve missed what was really going on as the mainstream media has let you down not reporting escalating deaths thinking we’d all be frightened.

Why reporters did not question the demands made by government is extraordinary.  Many reporters were asked why they were not questioning the inept TGA, instead all ‘singing from the same hymn sheet’ and pooh-poohed our challenges to their incredibly similar unvaried stories clearly emanating from government press releases.  Spare us from COVID hysteria in the media.  Anyone who dared to stand up and question government was threatened with shut-up and obey or else.

Government got a free run thinking we are stupid.  Now the chickens are coming home to roost.  Truth always outs, eventually.

Start asking your Ministers for Health to explain what were they thinking. 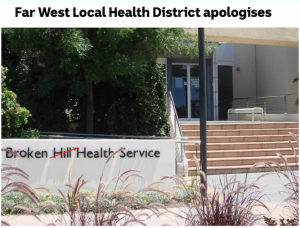 They include multiple CEOs, and its former heads of nursing and midwifery.

A report has revealed there were decades of needless mother and baby deaths.

UK Health Secretary Sajid Javid said those responsible would be held to account.

None of the bosses in charge at The Shrewsbury and Telford Hospital NHS Trust were named and shamed in today’s devastating report — despite presiding over decades of needless mother and baby deaths.

What a disgrace in any day and age.  No-one is ever accountable… just walk away from disasters of their own making and on to their next disaster.

The Guardian, by Andrew Gregory:

Read it and see how your human rights have been violated without compunction.

Letter to ATAGI and TGA and FED HEALTH MINISTER and DEPARTMENT

What is ATAGI?  The Australian Technical Advisory Group on Immunisation

What is TGA?  Therapeutic Goods Administration (part of Fed Dept of Health)

The true meaning of malfeasance is the PUBLIC TRUSTEE — devious and inept | run amok with power and self-importance and money that is not theirs | answerable to no one | operate in clandestine | self-serving legislation protects it | preying on vulnerable and unworldly people | lying is its modus operandi | run by staff thrilled with glee to destroy people’s lives.

PUBLIC TRUSTEE does not know what honesty and morality mean.  Evidence and facts? They don’t worry about that. They manufacture it and stick to it.  Investigate reportings?  They believe anything and bypass ascertaining facts before they go in for the kill.  They “look for clients” especially ones with property, vehicles and assets and believe anything troublemakers report.  They cause sheer hell for families.  Woe betide challenging it.  You’re up against the most malicious lot of people you’ll encounter in your life.  Possibly psychopaths?

Just take a look at the PUBLIC TRUSTEE state and territory branches and who they are run by.  Old boy’s club of political appointments.  They just slithered into positions to maladminister the same old obfuscation under the guise of trust then stand over people like the mafia.

Hundreds of emails fill our inbox of PUBLIC TRUSTEE malfeasance from people across the nation who received pay-outs in medical malpractice cases — who don’t know each other — but all say the same terrifying thing.  THE PUBLIC TRUSTEE / GUARDIAN / PROTECTIVE COMMISSIONS are power crazed malicious entities.

Your life is over if you have your life taken over by PUBLIC TRUSTEE.  The most evil government entities in Australia.   Rotten to the core.

Failure by our politicians to rectify and redeem — they’ve had plenty warning.

Australia is the unlucky country to have these organisations in existence.

Want to know more?  Think pop star Britney Spears #FreeBritney (Framing Britney, 2021) and watch episode of ABC Four Corners (State Control, 14/3/2022) which exposes the stories of Australians who say they’ve been virtually abducted by the state, stripped of their assets and stopped from speaking out, until now.

FRAUD — it means the same in any language.  Big Pharma springs to mind.

(Op-ed) The U.S. Food and Drug Administration (FDA) is having a meltdown over being told by the courts that it must now procure the first monthly batch of 55,000 pages of data from Pfizer backing the company’s Wuhan coronavirus (Covid-19) “vaccine.”

The agency had initially asked if it could get away with producing just 500 pages per month instead, which would have allowed many decades of buffer time to obscure the truth.  Legal challenges are speeding up that timeline, however, and Big Pharma is really not happy about the situation.

It would seem as though Pfizer’s goal all along was to milk the planet for obscene profits for as long as possible on the back of its “vaccine” scam.  Knowing that people would eventually start figuring it all out, however, the plan was baked in such a way as to hide all of the incriminating clinical trial data until 2076 when many of the people currently alive are long gone, allowing Pfizer and its investors to run with the cash scot-free.

These devious plans are now getting thwarted, thankfully, as the 2076 timetable is moving closer towards a now timeline due to ongoing lawsuits.  This has basically forced Pfizer’s hand, resulting in a death knell for its stock price.

“How would a trial for crimes against humanity impact the business?” asked someone at Zero Hedge, reading the writing on the wall.

“It wasn’t for nothing,” said someone else about the persistence of lockdowns and mandates, which we now know did nothing to stop the spread.

“It was for depopulation, profits, control and they probably were able to figure just the right formula to get most of the population to drop dead at about the same time.  Brought to you by Pfizer.”